Points of Interest in Kassandra 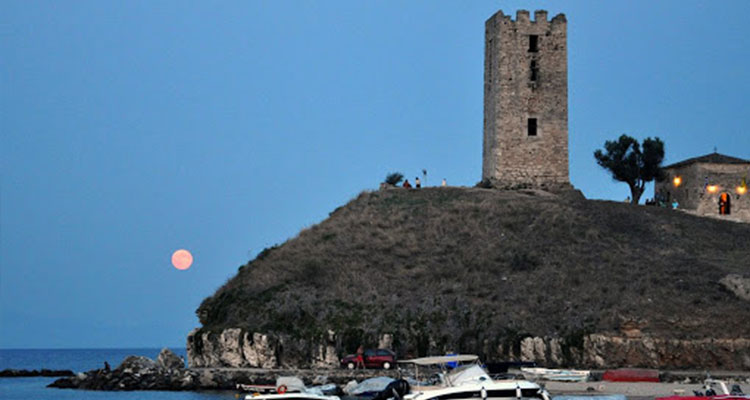 A trademark of the village, this Byzantine Tower dominates imposingly on the hill located to the right of the port of Nea Fokea. It is made of stone, with a height of 28 meters and is the only one that survives up to its ramparts. It is probable was built in 1407. 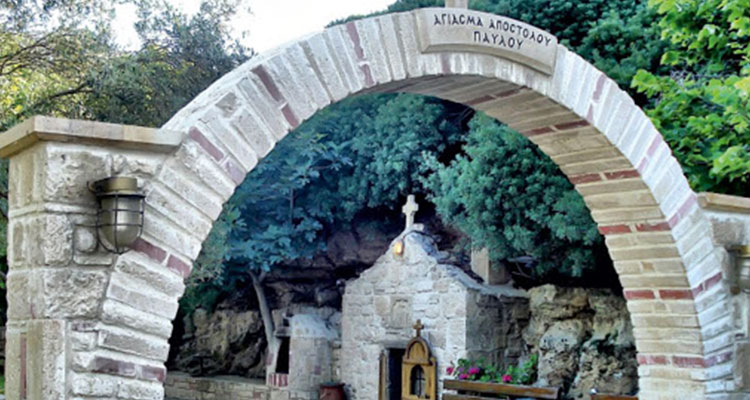 Opposite the small fish ladder of Nea Fokea is a small arch, which leads to the entrance of a cave. The stone and the heavy wooden door remind us of the time when the apostle Paul walked on the same path, crossed the entrance and went down the stairs to reach his house. The story goes that St. Paul was hiding here, to protect himself from his persecutors during his mission. 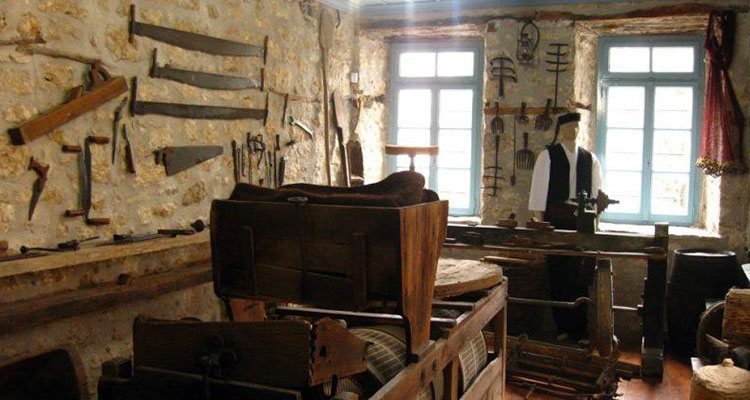 Aletras building is found in the central square of Afitos; it was built in 1889 by TriantafyllosAletras. It is considered an important sample of urban architecture expressing the provincial neoclassicism that prevailed in Macedonia in the early 19th century.

Today, this building is used for cultural events. On the ground floor there is a lending library and an exhibition hall that hosts exhibitions organised by the village’s clubs or various artists. In the basement a collection of farming tools is hosted, while on the first floor a traditional house is presented. The museum’s exhibits (furniture, woven products, kitchenware, tools) are courtesy of the village residents. 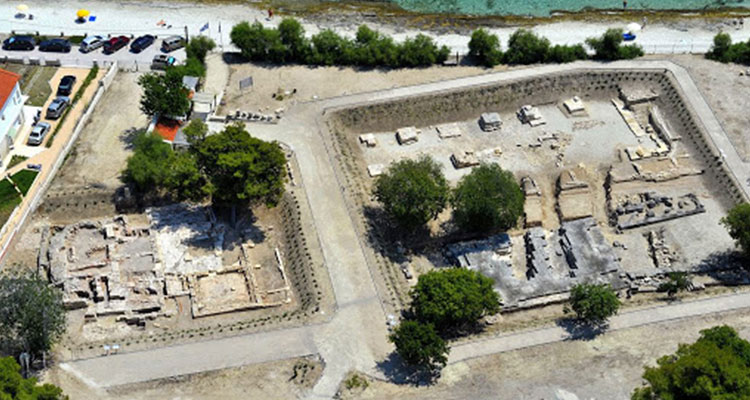 One of the most important temples are located in Halkidiki , is that of Ammon Zeus in Kallithea. According to archaeologists, during the second half of the 8th century BC was founded by colonists Euboeans city Afytis sanctuary of Dionysus was worshiped together with the Nymphs in the cavern beneath the rock, on the southwest side of the site. 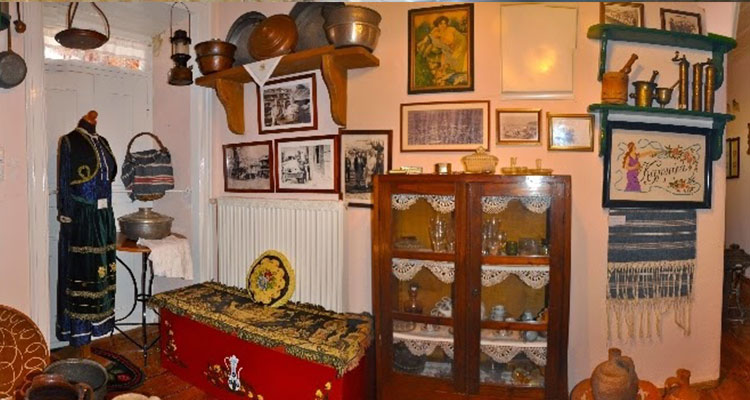 The Folklore Museum of Kassandreia was found in 2003. It welcomes you and promises a memory journey into the past of the area. The exhibits give an idea of the life in Kassandreia during the previous century. On the first floor a one-room house is represented.

The main exhibit is a loom and around it there are many woven textiles made by girls in Kassandreia. In another room of the museum, the visitors can see tools and objects used in various professions.

The walls are decorated with many black and white photos depicting landscapes or everyday moments in Kassandra of the previous century. 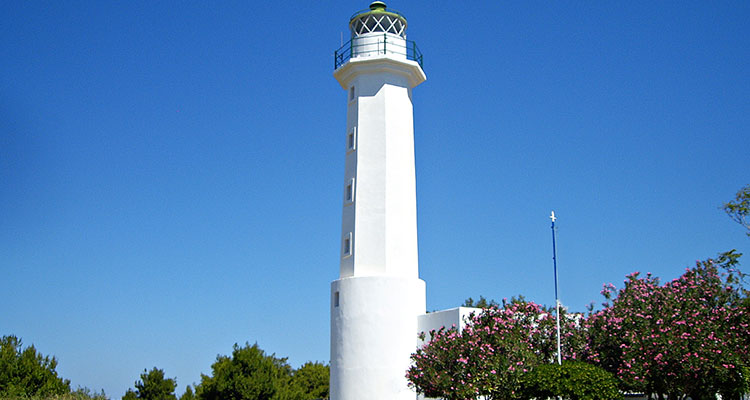 At one of the most beautiful beaches of Kassandra, Aegeopelagitika beach at Possidi, you will find a charming old whitewashed lighthouse. This colonial-styled lighthouse built by the French Company of Lighthouses in 1864 is still in use today and has a small flowery garden beside it, adding to its beauty. 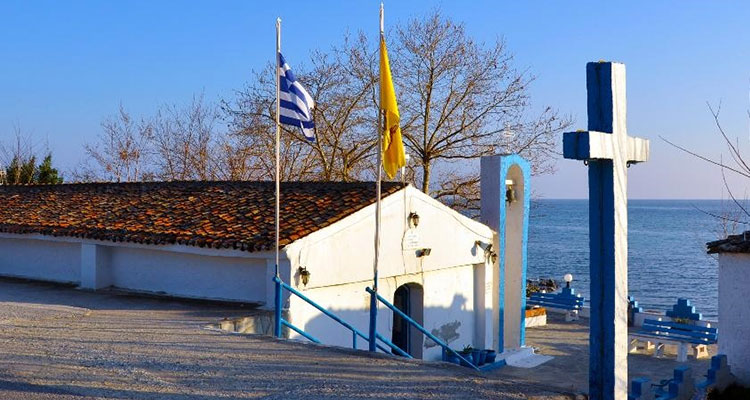 This beautiful chapel is 2 km far from Nea Skioni. It was built during 16th century. In the chapel there is the icon of Madonna painted in a base of a statue.

According to legend the icon reach at Halkidiki from Thessaly by sea. In the chapel you can read the story of the icon and you can learn why it is considered miraculous.

The museum located in a traditional stone building in one of the most beautiful parts of the village. The folklore collection includes traditional everyday utensils, agricultural tools, household items of the season, loom and textile tools as well as costumes related to the daily life of the people at work but also the celebration and the school. 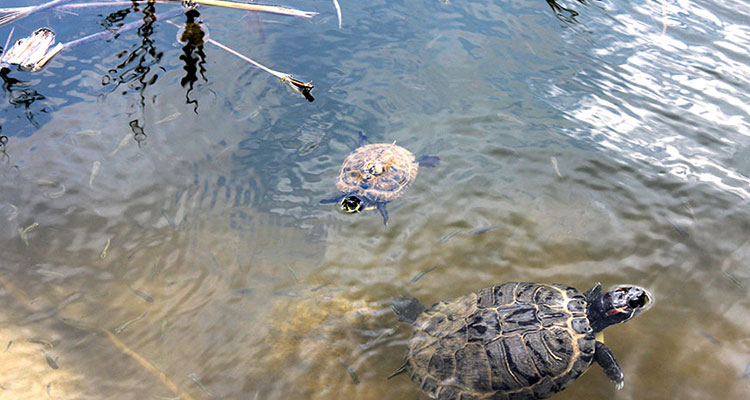 Situated in Polichrono Mavrobara is a place or rare beauty and with major ecological importance. Situated 300 m height and 2.5 km from the main road. Monument of nature since 1998, by the Prefecture of Central Macedonia.

H.M. Of Osios Ioannis The Russian

The Holy Monastery of Osios Ioannis the Russian is built in Kassandras ridge next to Pefkochori. The area is scenery and many people visit the Monastery during summer. 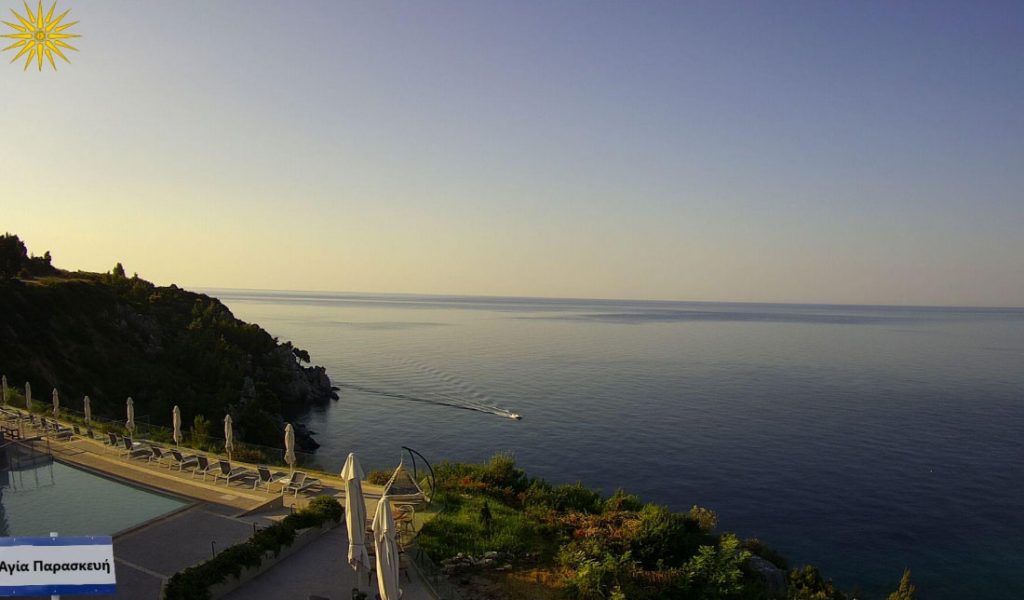 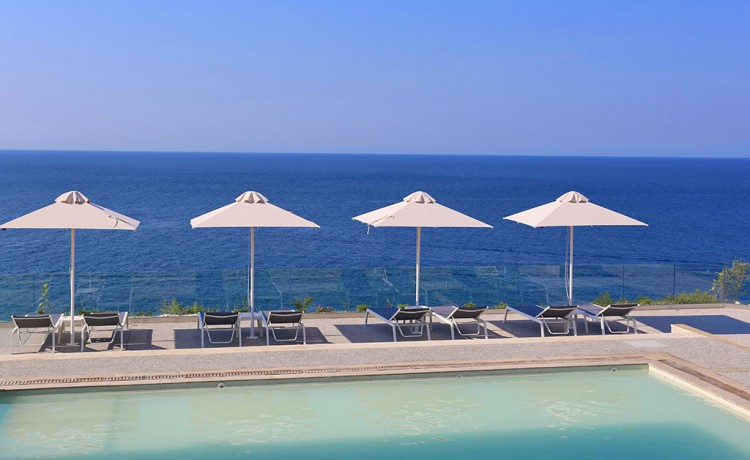 Are you Business owner (hotel/self catering apartments) ?
Get in the list